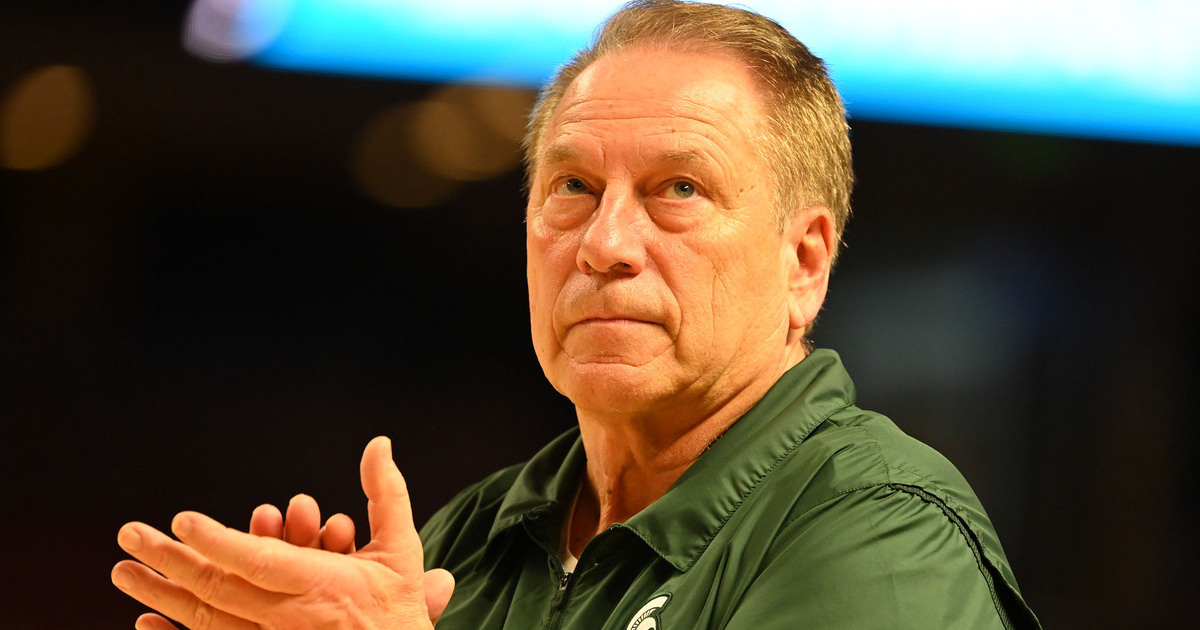 After landing a top-three recruiting class in 2023, Michigan State basketball could have an even better group coming in 2024.

Recent efforts on the recruiting trail have Michigan State basketball in a position to make yet another big splash with its next class.

OK, yes, I get it, bold statement. Anyone who has remotely been following Michigan State hoops of late has probably heard it. The recently signed recruiting class of 2023 has the potential to be Tom Izzo’s best class ever. Before ever stepping foot on the court at the Breslin Center, this class has been put in rarified air along with the likes of the class of 2016 and the earlier classes which started the Flintstones. Some recruiting analysts even list 2023 as Tom’s best class top to bottom already before any of the kids step on campus officially.

Some questions had surfaced about whether or not he could land a top-tier class in this new college basketball world full of NIL deals and transfer portal uncertainties. Coach has silenced the doubters and now reignited the program with the 2023 class and the hype in East Lansing hasn’t been this high in a long time. But could the 2024 recruits have a chance to be just as good or even better? Could Tom do the unthinkable and actually land back-to-back top-three classes? Let’s take a look at what a potential 2024 “home run” class could look like.

Quick disclaimer: For the 2024 class to be as highly touted as any of the previously mentioned ones, there would probably need to be 3-4 signees in the class. With the current scholarship charts, that is possible but not guaranteed. The NCAA allows 13 scholarship players per roster. The current 2022 roster has 10 with three seniors expected to move on. That would leave seven scholarship players moving into next year when Xavier Booker, Jeremy Fears, Gehrig Normand, and Coen Carr come in, totaling 11 scholarships for 2023.

For that team, currently Mady Sissoko and AJ Hoggard would be the only senior players set to graduate. They will each have an extra year of eligibility due to the COVID-19 pandemic. Also, we should probably expect Booker’s time in East Lansing to be short as he is poised to be in the NBA sooner than later. So for a class of four signees potentially to come in 2024, we would need two of the three listed here to move on from MSU barring any unforeseen injuries or transfers.

Like any good recruiting class, let’s start with its big-name targets. Izzo is certainly not afraid to go big game hunting for recruits. Thus far, it looks like the 2024 class is going to be no different. Izzo has already extended offers to two five-star recruits. The highest rated is center Flory Bidunga. He is ranked as the No. 1 center and No. 4 player overall in the nation (per 247Sports Composite Rankings). Next would be small forward Bryson Tucker who is ranked as the No. 2 small forward and No. 7 player overall nationally. Izzo has also offered the No. 8 shooting guard (36th overall player) in four-star Kur Teng.

Probably the most well-known name on the offer sheet so far would be four-star point guard Jase Richardson. Son of MSU alum and former NBA Slam Dunk Champion, Jason Richardson. Jase is listed as the No. 5 point guard (35th ranked player overall) in the 247Sports composite rankings. He has already visited campus on an official this year and Izzo has continued to pursue his talents.

To round out the major offer list, MSU offered four-star power forward Aiden Sherrell. The No. 6 power forward (No. 41 overall) has been graded as a high four-star and is starting to get more attention nationally with other offers from Michigan, Auburn, Alabama, and Texas Tech among others.

In total, Izzo has offered 11 players in the 2024 cycle so far. Ten of the 11 offers are graded at four-star recruits or higher with the 247Sports composite rankings and the five listed above are top 41 overall players currently. Most of which could even see some rankings climb higher as they are updated.

For argument’s sake, let’s construct a hypothetical class. We are still a ways away from signing day, of course, and this won’t likely be the class when it’s all said and done. I feel fairly comfortable about saying Richardson has a good shot of ending up here so I will put him in for my first hypothetical. Knowing how depth down low has been an issue of past year, I would want to try to lock in a couple of bigger bodies down low. Landing Bidunga to go with Sherrell would solidify the post and make the potential loss of Booker a little easier to overcome. Add in a wing with his pick of Teng or some of the other guards/small forwards and that would give you arguably the most complete class Izzo has ever assembled and rival the current one.

Obviously, there is a long way to go and nothing is for certain. For every Jaren Jackson or Max Christie caliber player we have landed, there have been many stories like Josh Jackson or Emoni Bates to show how crazy recruiting can get. This class could be no different. Only time will tell, but the way things are shaping up, Izzo has certainly revitalized the program and is more poised than ever to make a run at that elusive second national title.

Here’s hoping one of these classes is the one to deliver it to him.

Jeremy Fears got his fifth star on Friday night. 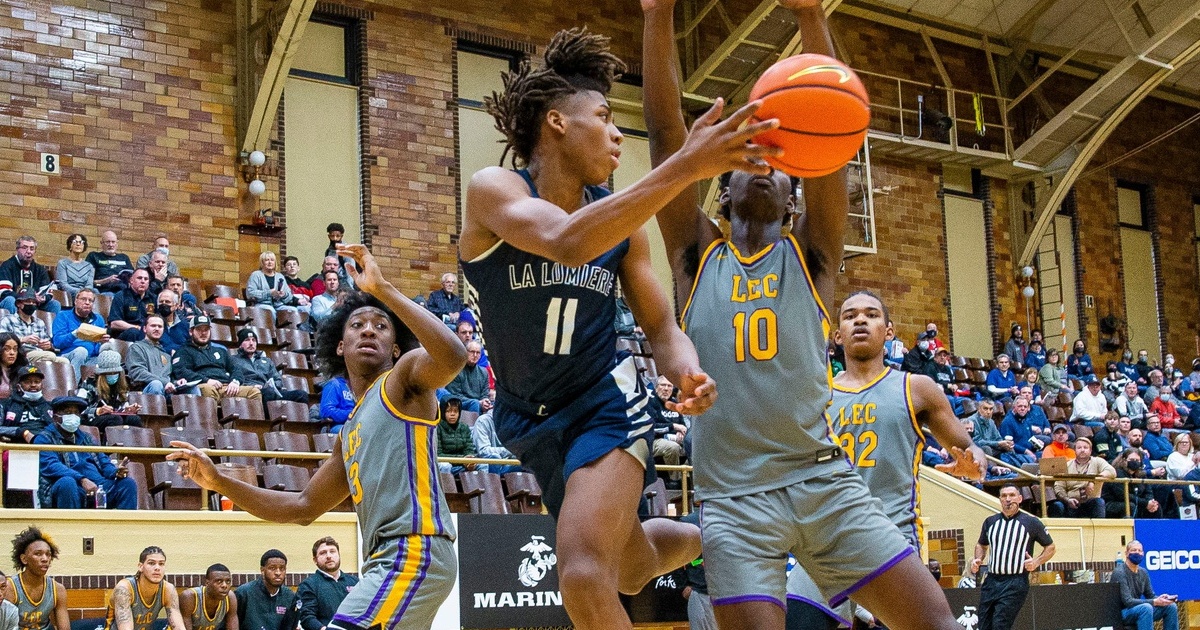 Michigan State basketball signee Jeremy Fears has long been on the rise in the recruiting ranks and he finally got his fifth star.

On Thursday, Michigan State basketball had one five-star prospect in its 2023 recruiting class. On Friday, it had two.

After a recent ESPN recruiting rankings update, Jeremy Fears was granted a fifth star on the 247Sports composite, joining Xavier Booker as the other five-star in the Spartans’ 2023 class.

Fears went from the No. 29 overall composite recruit to No. 24 on Friday evening.

He is now officially a five-star prospect.

This comes as no surprise to people who have seen him play and rise considerably over the past 5-6 months. He went from the No. 45 recruit in the country in June all the way up to No. 24 in the class on Friday. A 21-spot rise in about seven months is unheard of and it feels like he may be even better than that No. 24 ranking.

The biggest concern for Fears heading into his final year of high school ball at Joliet (Ill.) West was his shooting. He’s clearly worked on that because it’s improved drastically and not only is he a willing shooter, but he’s now a capable one.

Excitement is building around the young point guard from Illinois as Michigan State basketball could go from Cassius Winston to AJ Hoggard and Tyson Walker to Fears. That’s a heck of a transition.

With the recent rise in the composite, Fears is now the No. 5 point guard in the nation.

And he’s not the only Spartan recruit to rise in the latest composite as Coen Carr jumped six spots from No. 58 to No. 52. Booker dropped just one spot from No. 7 to No. 8 while Gehrig Normand went from No. 68 down to No. 102 in the composite.

This is Izzo’s first class with two five-stars since 2016.

Combine the 2023 class with this group and you have a potential title. 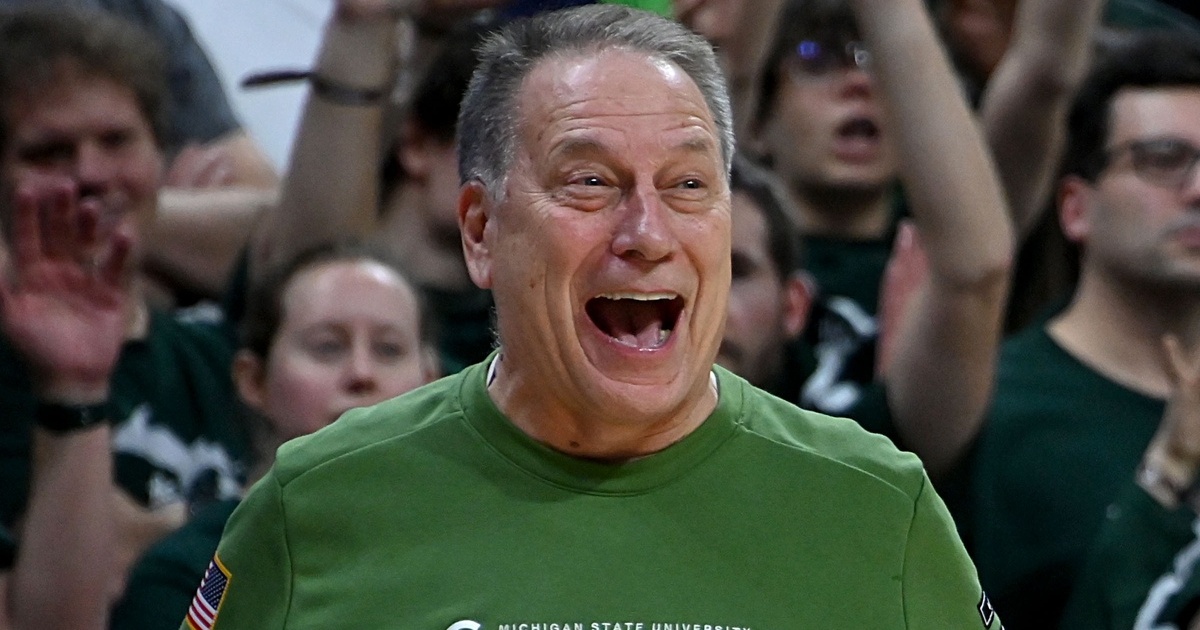 For Michigan State basketball, the 2023 recruiting class has to be considered the best-case scenario.

Rarely does it happen where Tom Izzo gets most or all of his Plan A targets, but that was the case as he reeled in top point guard target Jeremy Fears to kick off the class. He then landed five-star big man Xavier Booker who was the No. 1 priority for months followed by a pair of athletic four-star wings in Gehrig Normand and Coen Carr.

The class rose all the way to No. 3 nationally and all four guys have officially signed with the Spartans and are each McDonald’s All-American nominees.

How the heck can you follow that class up if you’re Izzo?

Fortunately for him, he’s planted some early seeds with some top prospects on the national scene and his 2024 group could be just as good, if not better, than his elite 2023 class.

Quite possibly the closest to giving Michigan State his pledge is four-star shooting guard Kur Teng who has been trending toward the Spartans for a little while now. He’s the No. 36 overall recruit and eighth-best shooting guard in the 2024 class and he would be a nice addition to the wing.

I could see Izzo taking a couple of guards, but no more than two. Teng would have to be one of them. The 6-4, 185-pounder has a smooth release and clean shot that would be perfect for this offense.

This recruitment has been somewhat quiet, but Izzo has to like where he stands here. I don’t know how much stock you can truly put into the “warm” or “cool” designations on 247Sports, but Michigan State is currently the only “warm” school listed for him. That might mean something, or it might mean nothing.

Tucker has stated that Michigan State is one of the schools that’s been in contact with him the most.

In a perfect scenario, Tucker would join Teng on the wing and be that scorer for the Spartans’ 2024 class. He has nice size at 6-foot-6 and 180 pounds and he would fill a void at small forward. Tucker is the No. 7 overall recruit in the country and the fourth-best small forward in the class.

Originally from Detroit, Aiden Sherrell has been near the top of the target list for Izzo and Michigan State for some time. He was offered back in October and it feels like this is a recruitment that the Spartans could win, although Alabama is looking like the early favorite here.

Michigan State will be in the market for a couple of bigs, so Sherrell could be that power forward presence down low with a scoring touch. Post scoring has been lacking big time this season and he could change that in 2024-25.

This one is probably a long-shot, but the addition of Flory Bidunga at the center position in the 2024 class would be massive — figuratively, and literally.

The five-star center from Kokomo, Ind., is ranked the No. 4 overall recruit in the class and he’s No. 1 at the position. Early trends have him going to Cincinnati, but Michigan State has made him a priority. It would be massive to land five-star centers in back-to-back classes to make sure post scoring is never an issue again.

I’m throwing Jase Richardson in here because he’s a talented legacy recruit. He may not fit a need for the Spartans as a 6-2 guard who may not project to be a true point, but you don’t say no to Jason Richardson’s top-40 son if he wants to commit.

Richardson would add some terrific guard depth and he’s a scorer so that would be great coming off the bench early in his career. He can handle the ball, but I see Jeremy Fears as the primary ball-handler for a while.

The son of J-Rich is ranked the No. 35 overall recruit in the class. He would be a really good fifth addition if Michigan State basketball does have five openings and Izzo decides to utilize them all.

While I don’t think adding him would be a best-case scenario, I don’t see how it would be a bad thing. He’s one of the better shooting bigs in the class and could stretch the floor for the Spartans. I think he’s a more realistic option than Flory Bidunga, but Izzo could also opt to take both since they have different styles.

McCulloch is the No. 90 prospect in the class and the 13th-best center and it looks like he’s just growing into his frame. This could be a low-risk, high-reward pickup.